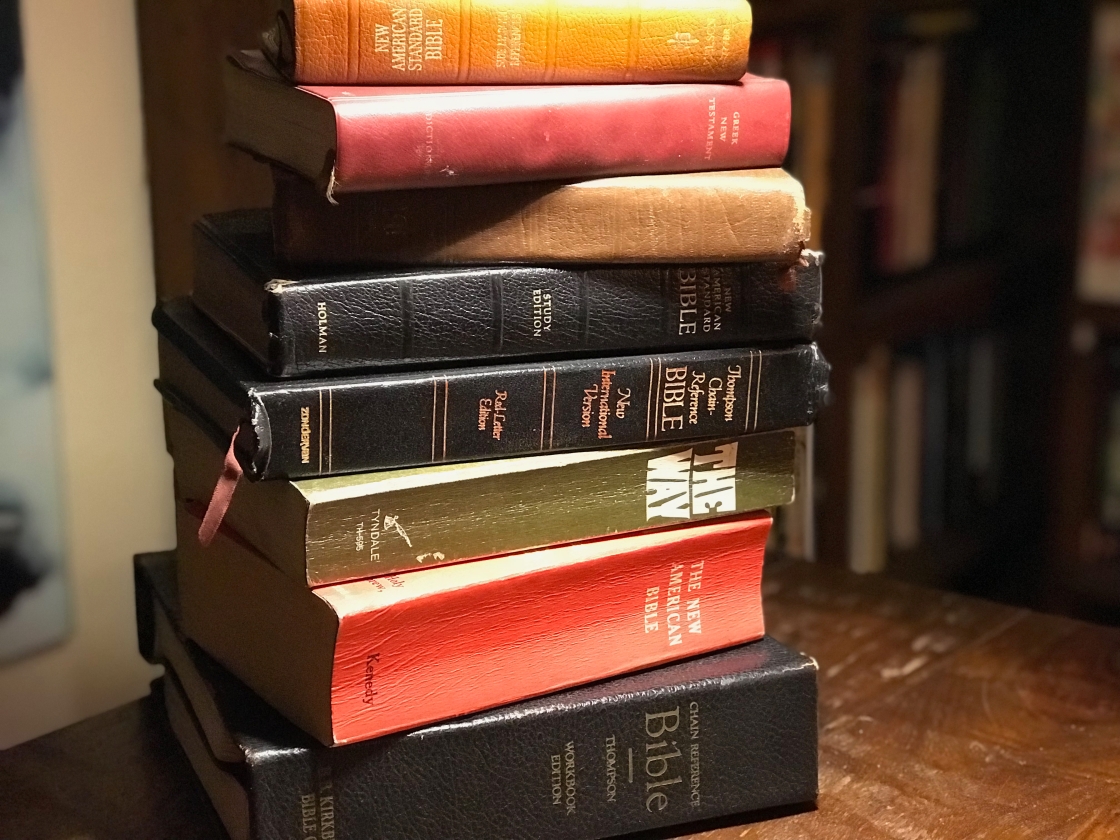 So last week I finally decided that I needed to take another step and order this Bible software that would run on my Mac (my main system). I’d known about the software for some time, but it was a bit pricey and I’d already bought a pretty good package for my PC(s) way back last year when I first decided to re-open this door to my heart. But the PC software was really sluggish when I ran it using Virtual PC. So I dropped down a chunk of change (over $300) on this amazing collection of study tools called Accordance Bible Software from OakTree Software. I ordered it on Tuesday, it arrived on Thursday and I spent Friday night installing it. (Continued 5/13/04 9:30 am)… It felt a bit like moving from a really nice Condo to a gigantic house, there are so many features to this software. I spent two evening carefully going through the tutorial (and I almost never bother with the tutorials).

I liked the PC software I was using and part of the whole reason I was using Bible software instead of just spending time with the book is because it was pretty simple and afforded me a way to simply add note and comments to my study. I mean the thing about my time studying my Bible is that because I spent so many years studying the text I really have to meditate and write about what I’m reading. If I just read, because I’m so familiar with the text, the words and stories tend to “wash” over me with less impact if I don’t take the time to meditate and explore. Anyway the PC software was pretty good for that (but was almost useless running on my mac). Oh yeah, the other good part about the PC software was that I could use it on my laptop (making it so that I’m not “chained” to my desk) and I could also use the PC here at work to continue my study (transportability).

But over the past month or so (interestingly as I’ve “ramped up” to lead the worship time on Thursdays) I was less happy with trying to use the PC software on the Mac. Thus, I decided to invest in the more expensive software. I was also thinking about bolstering my “study” of the text with resources that the Accordance program offered. Now that I think about it, this “change” also coincides with when Chris Parrish stopped teaching during our Thursday night group. I guess part of my thinking is that I’m going to have to provide for myself what I’m no longer getting from the kinship group (scholarly/spiritual study).

Now part of my reason for writing all of this is that I found myself yesterday (5/12) on the web contemplating purchasing more modules to add to the Accordance software (I discovered that I was missing the atlas, for example). Then I found myself looking at language packages (as in the Greek & Hebrew studies modules). That’s when I had to stop myself and question what the point of all of this might be. 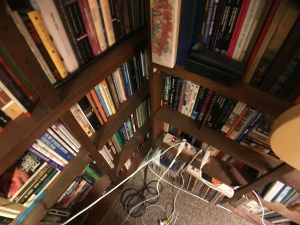 When I made the initial purchase I went with the NIV (my favorite text), a church history collection and InterVarsity study collection. The group has some Greek & Hebrew support but when I saw a module listing the Thayer text…. well, I found myself serious considering beefing up the “languages” part of my collection. Ack. I had begun consciously deciding against buying “language things” because I didn’t want to have to start fretting about my prowess with Koine Greek. But here I am contemplating adding some more bells and whistles to a program that I’ve only used twice. What a Bible geek I am. JBB