I came up with this idea that I wanted to work with Kindergarten & first grade using the theme of “my community,” building on what it’s like to live in North Las Vegas and a child’s almost infinite capacity to create based on the tiniest bits of lived experiences. Week 4 we used Google Earth to virtually visit their homes and I had them tell me one thing that they liked about their homes. They listed everything from dogs to their bed or having their own bedroom, to playing in their backyard. This week I showed them the home I grew up in in Southern California, then we visited some of the homes we didn’t get to visit last week and I had them tell me the one thing they’d like to have in their neighborhood. They listed everything from LEGO-land, to parks and petting zoos, to movie theaters, Olympic pool swim centers and “princess” club houses.

I was hoping that “driving around the neighborhood” virtually, and given all of the undeveloped property around the school, that we could map out the things that we would like to have in our neighborhood, things like big grocery stores or more recreation areas. But that seemed just a bit too advanced for my kindergarteners and first graders. So, for Week 6 I decided to give them the option to build their parks/theaters/rec centers using LEGO or draw something on good ol’ paper and crayons. 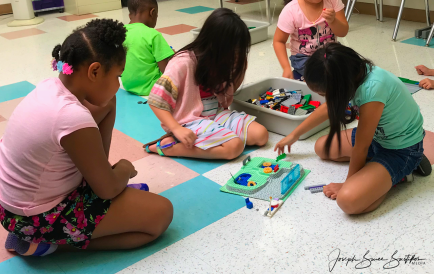 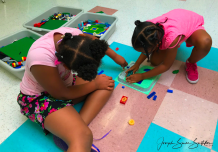 I looked for “coloring book” images that I might print-out as a starting point for those who chose the “drawing” option. But I didn’t find anything that I felt would work. I’m pretty sure that I’ll need something more than blank paper to help the Kindergarteners with their illustrations. Several first graders got the idea about what they were supposed to draw, but several were more “general.” 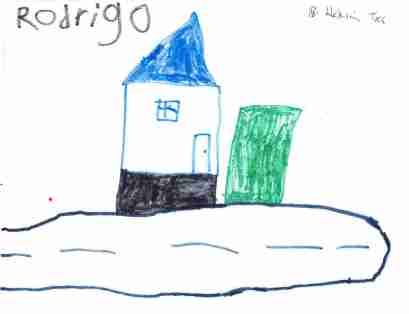 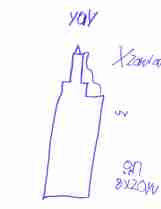 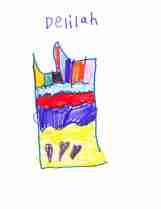 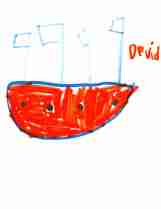 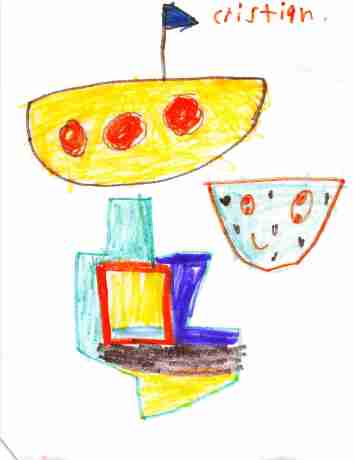 I still hope to figure out a way to “map out” North Las Vegas with some kind of simplified “map” and have my students do some “civic planning” and come up with ideas about what to do with all of the undeveloped lots in the neighborhood. I think that this is going to require many feet of white butcher paper and lots of crayons.