Another Fake Photo of Trump Supporter Roughed Up 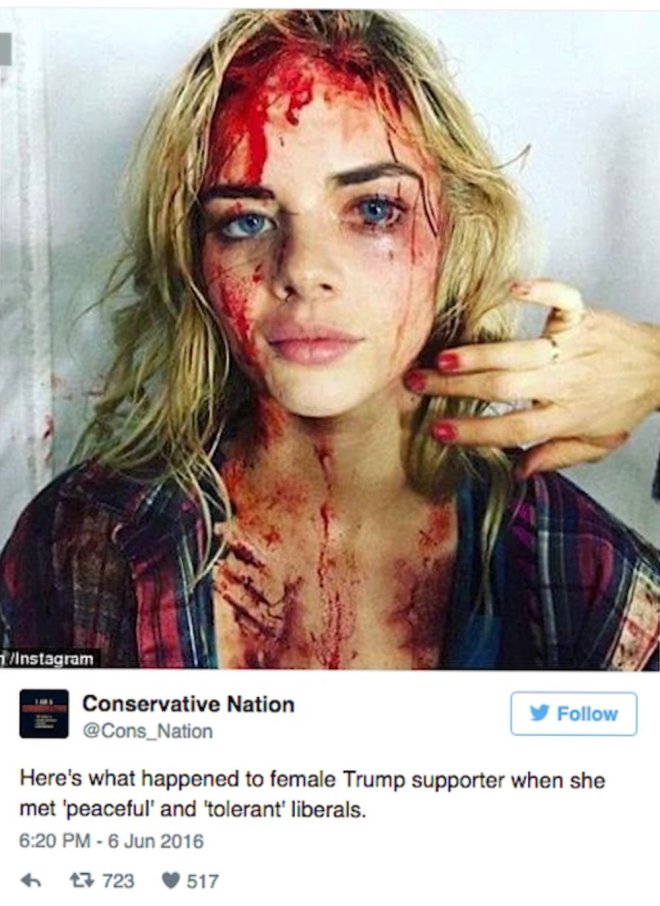 The Original Post:Bruce Campbell: Actor Addresses Fake Photo of Alleged Donald Trump Supporter Beaten Up at Rally
“Check your facts, folks. This is an actress named Samara Weaving from #AshVsEvilDead. This is a make-up test. Sad,” Campbell wrote on Twitter Tuesday. Campbell stars on “Ash vs Evil Dead” on Starz.

My response:
And the lying continues… Using a makeup test photo as a “News” item about how Trump Supporters are being attacked seems to be a perfect example of the lengths said supporters will bend Reality to promote their own personal delusion. This is NOT Americans being great! 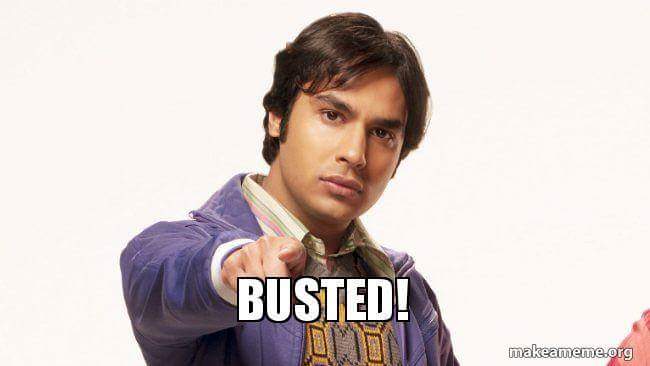 Rick Krenz:
OK, the egg spattered woman pressed against the glass doors is a fake? The video of these fucks spitting on a wheel-chair bound man is a fake? The guy running from a group of thugs is a fake? So then the rioters arrest for Felonious Assault and Battery is a fake? Geez you guys are unreal.

My Follow-Up:
I’m sure you know of the story about the boy who cried wolf… I find the alarm contrived and unconvincing when the candidate is proposing a process that is going to require all citizens with dark skin to present papers proving residency. I agree that the nation does have real problems, but I’ve stopped listening to all of this wailing and gnashing, when the candidate has encouraged supporters to “rough up” protesters, saying that he’ll cover the legal fees, etc. And you’re surprised that some have decided to bring the battle to your own party’s door step? I do not agree with the violence but none of this surprises me. If the GOP’s candidate wants to single out and blame a section of the population, he probably should have done the math first in order to discover that the last thing you want to do is poke a group larger than yourself. I don’t know how many of these “reports” are fakes. I don’t care any longer. Your party’s candidate brought this on himself.