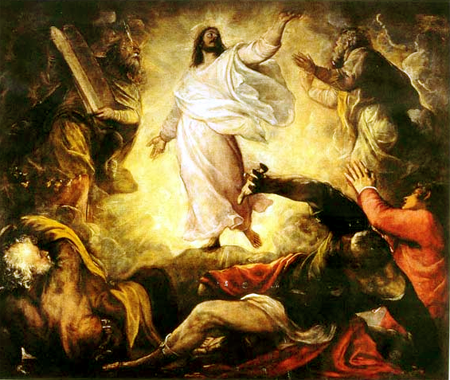 JBB’s Final Thoughts 24-Article: What Do People Really Mean When They Say… Jesus: Hope for Humanity

Jesus: Hope for Humanity That was the hand-printed sign that greeted me as I pulled into the Perkins Diner in Winter Park. I remember wholeheartedly feeling that way from my teens and into my thirties. It was the mid-70s, Vietnam was winding down, Nixon was ousted in disgrace and the Man from Plains, Georgia was in the White House. As a teen I had no idea what I was talking about and imagined that Jesus would be coming back and the End of the World would happen soon. I had no concept of a Future and couldn’t imagine life in my 30s or beyond. Granted, few teenagers see themselves as anything other than teenagers.

When I did get into my late-20s the persistence of my hope to be rescued by God spoke more to my lack of belief in myself and unspoken assumption that everyone around me and in the whole world was as clueless as I knew I was and making it up as they went along as I had been my whole life. Given such a sense of powerlessness and lack of belief in my own abilities, it made perfect sense that I’d yield to a Power that I believed created everything and more than that, loved me in all of my imperfections. One of the amazing things is that such a declaration of faith is often promoted as being a stance of strength, to have the fortitude to not be a “part of the world” and fully put one’s life into the hands of God. That’s the public party-line, but I know for myself I was compelled all the more to be devoted the more I didn’t believe in myself or my abilities to get it done.

I can remember hearing my father, when he was in one of his more nostalgic moods, holding on to the words of the Psalmist,

I cannot speak for others calling for humanity to be subject to the wishes of the God of Abraham, Isaac, Jacob, Jesus & Paul, nor am I unaware of the sense of comfort that comes to those when they feel like someone who knows what he’s doing is in charge. I was lucky enough to have felt that way about my parents when I was a kid. And even as an adult I marvel that they were able to navigate life with us five kids without doing too much trauma or damage to themselves or us. But the notion that they knew what they were doing when they were raising us is a child’s fiction. Just like all parents back then and today, they made it up as they went along. The fact that, despite this “imperfection,,” we did okay, should speak against the notion that we need an all knowing Father in Heaven to get it right.

Good people imperfectly doing the right thing because they cared about us and the world we live in was enough to get the job done. Starting with the notion that we can’t do anything without God, but still managing to get it done should speak to the determination of these simple good people still trying to do the right thing regardless of Divine Intervention. I do not deny the need of many to feel like someone is in charge and ultimately cares about our welfare. It’s very real and powerful. But, for me, it was an unspoken declaration in my own lack of confidence and imperfection. I’m still not particularly confident and have no delusions of perfection about myself, but I recognize that it’s up to me to do what I can do to see that the right things are done and that that is enough for us and our children to have good lives. Hoping for a divine rescue mission tells me more about your possible self-doubt and lack of belief in your fellow humans than in some powerful statement of faith. I held out for the future rescue mission for a long time. I understand the need. I wish you knew how powerful you could be if you just did what you could do for your own, yourself and the rest of us humans.