When Files & Folders Are Better Than Photostreams

When I was working on my Macworld talk a couple weeks ago I was a bit frustrated because I had my main iPhoto library on my MacBook Air and I was doing most of the work on my iMac and photostream didn’t seem to be syncing the photos on both computers. I love that I can take a photo on my iPhone and it automatically pops up on any of my devices. But what I don’t like is that I want to organize and edit my photos and then I end up with a very different library on either computer. I just take too many photos to have different versions spread over two (or more) computers, or to have them dumped into one large unorganized stream. 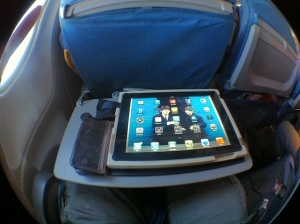 So I’m toying with the idea of not using iPhoto except to stream to my iPhone and start just doing files and folders on my Dropbox. Before I left for Macworld I bought an app called Graphic Converter because I have a ton of clip art that I would like to access but I don’t want to have to click through individual images to find the one I’m looking for. Having a virtual catalog would be great. Alas, finder wasn’t really cutting it. We’ll see. I just need something that works better than having all of my images on one computer (the one with the least space & smallest screen), and occasionally backing it up to the other computers. This is such a first-world issue, it’s silly. But I’m tired of not having my media where I want it so that I can work on it, not just to admire. Grhhh!

Sources:
All images by Joe Bustillos