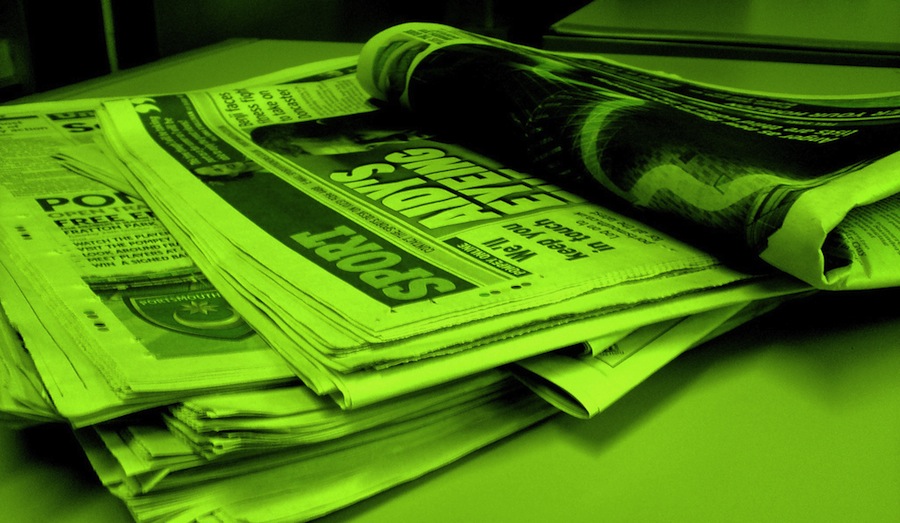 In The News: Newspapers/Magazines on the iPad, Part 1

I have memories of my father spending every morning of his life reading the LA Times, weekdays and weekends. He was up at the crack of dawn and gone before we invaded the kitchen most mornings, but the evidence of his presence was there in the refolded sections of the newspaper. In later years I tried to emulate the morning newspaper practice but my mornings never seemed to be either that consistent or that “leisurely” in having time to read the paper, so the papers just piled up mostly unread until the guilt of the waste would prompt me to cancel my subscription.

These past fifteen years or so, keeping up with tech trends has been my business, and back in the beginning the newspaper would have been of no use (except for the computer store ads in the Saturday Sports section). Local user groups (NOCCC was strong back then) were the first sources of news and computer magazines like Byte and PC World were essential links to information. Eventually TV shows like C/NET TV and the Computer Chronicles and eventually ZD-TV/TechTV filled in the gap as user groups began to fade and virtual communities began to grow through the Internet. TV shows were then replaced by audio and the video podcasts mostly done by full-time podcasters. But I still hadn’t found a consistent “news gathering” process.

When I got my first iPad I was hoping that I would find a much more Eco-friendly way to consume daily news and tech news. I was really looking forward to reading newspapers and magazines on my iPad. One of the first publications to make it’s debut, The Daily, was buggy and I wasn’t really impressed with the quality of the writing style, so I never subscribed beyond the one-month free trial. At the time there were newspaper apps but they were geared for the small iPhone screen and were hardly better than a crippled webpage. This was not the experience I was looking for. In fact the best magazine/newspaper translation to iPad that I’ve found has been the Zinio version of National Geographic. Zinio is an app or wrapper that previously appeared as a Mac and Windows desktop app, but in it’s iPad incarnation not only does it preserve the feel and layout of the magazine but it all offers photo galleries and videos not possible in the paper version of the magazine. The only draw-back is that I have to remember to launch the Zinio app to get to my magazine library, but everything else is pretty seamless. Now that Apple has it’s own “newsstand” version I wonder what the difference might be. Also NG has it’s own stand-alone version. As far as look and feel and multimedia options Zinio works.

Newspaper-wise, in the beginning there was nothing, except for the iPhone versions. Being from the West Coast I was hoping to get the LA Times, but the Times was a Flash-only subscription that wouldn’t work on my iPad. Amazon had a kindle version of several newspapers, but reviews were critical of the offering, mostly related to poor editing and poor image support. But then some time late in the summer I discovered that Amazon had improved their newspaper subscription service and signed up for the Los Angeles Times via Kindle

. Ten bucks a month for the daily paper with all of the sections from the original in a semi-blog/onswipe kind of layout. Not too bad. Well, except for when I happened to find almost the exact same version available apparently directly from the LA Times (via an LA Times app), FOR FREE! Doh! To be continued…