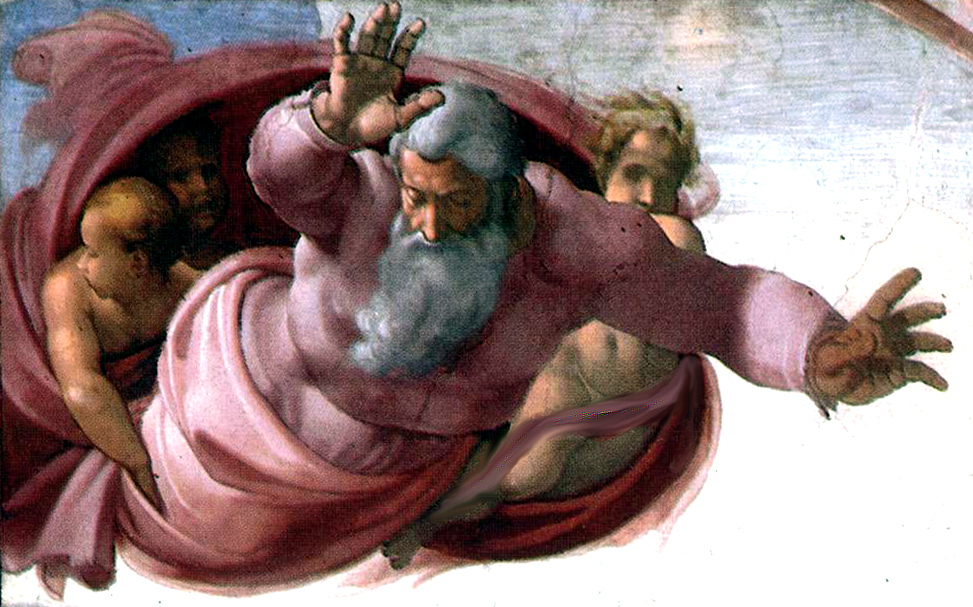 Design by God – God by Design

One of the greatest benefits of living in this age is the possibility of going directly to the first sources when one wants to read or listen to the thoughts of any particular speaker or thinker. Back in my Fuller days in the early 80s one of my favorite professors, Colin Brown, commented that then popular Christian writer, Francis Schaeffer, got Kierkegaard all wrong, adding that Schaeffer probably never really read Kierkegaard. Without leaving my computer I can look up the works of any of these folks and directly interact with the material. One amazing venue for connecting with today’s sources is TED, which stands for “Technology, Entertainment & Design” and whose tag-line is “Ideas worth sharing.”

The following link was given to me by Full Sail coworker, Linda, who was impressed with Rick Warren‘s ability to present his belief system without sounding “religious.” I appreciated that Warren seemed to respect the venue he was speaking at and addressed his thoughts as not addressing religious issues, but as human issues. Warren came off as firm but nurturing, understanding but uncompromising and very matter of fact, all hallmarks of a somewhat laid back “Seeker Sensitive” California attitude. Enjoy.

Interestingly for me both of these speakers represent a bifurcating pull in my own thinking between this “matter of fact” Christianity and a more scientific, cultural-anthropology view of things…

This shouldn’t be too surprising, given that after getting my B.A. in Biblical Studies at Biola University and several quarters at Fuller Seminary as a Masters of Theology student, I enrolled at Cal State Fullerton as an Anthropology major (which I switched to Communications New/Editorial after a couple semesters). I mean, I completely concur with Warren’s sentiment that there has to be more to this life than the day to day grind. That awareness in me has always led me to pursue an intimate connection with God, whether we’re talking about the musings of a Catholic teenager trying to read the New Testament for the first time or a 40-something playing his guitar and singing with everything he has as part of the Evangelical Sunday worship service. At the same time, I’ve crossed the cultural and religious boundaries so many times in my life that, as big a picture as any belief system tries to establish, I know that it is all more bigger still.

Back five years ago after I’d been calling myself an agnostic for 15-years ago, a good friend and fellow Biola graduate said flatly that she wouldn’t accept this, that I couldn’t deny that all I’d experienced wasn’t true. And she was right. And thus I gradually entered into a second period of spiritual intimacy and learning. But at the same time I could never shake this feeling that the whole practice was just something that we all do to satiate our need to be connected to something bigger than ourselves. Of late, this “maybe I didn’t quite get this right” sense of doubt has pushed me more toward my former skeptical position. Like Morpheus at the end of the second Matrix movie, things didn’t turn out the way I thought the Oracle had pronounced them and this is forcing me to reevaluate everything. Mind you, things are incredibly good with opportunities opening for me, some might say “miraculously,” at just the right time such that some might see this turn of fortunes as a definite sign of God’s favor in my life. And quite frankly I might have agreed with that assessment except that the one person who helped set me back on the path of Faith, the one person I wanted to share this spiritually intimacy with, is most decidedly not a part of my life. And my fortunate move to Florida has ended any possibility of ever seeing the vision of love that I had with her come to fruition. Had it been otherwise and she were with me, I might very well have spent the past six weeks looking for a new church home. So, it’s very personal but it’s not about me. It’s about this emotional connection and contrary recognition that I cannot close my eyes to a bigger picture than my former Bible-quoting self could even begin to understand. I want to understand and right now I seem to have all the “opportunity” in the world to explore what these contradictory pulls mean in my life. Onward and upward. jbb