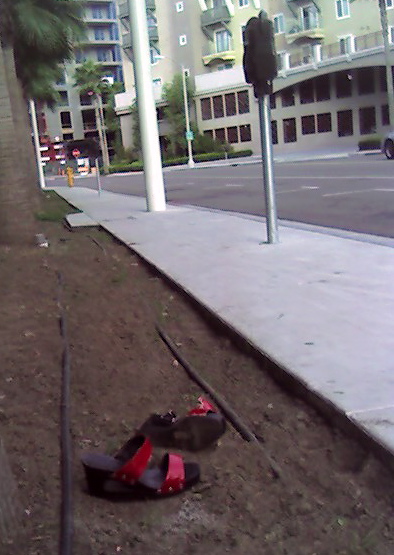 True Lives or the Life I Blog

I began writing the predecessor to this blog several years ago as a form of therapy, shared privately with a handful of friends. I survived those difficult years in large part because I was able to vent my deepest passions and confusions. Alas, the blog as a blog was pretty much a failure because it was difficult for any one person to be exposed to my constant and lengthy emotional ramblings without burning out. They’d hang in there for a month or so, then politely and quietly stop reading the blog. Eventually the writer in me saw that it was better to entertain readers than to chase away friends. Thus, the nature of the blog thankfully changed from the need to vent to the need to write and be read.

So the question became how much personal shit I should write about and where do I have to respect the privacy of those whom I might write about. Beautiful Aimee loved that I just laid the frustrations out there, but others no doubt hate that about my writing. Oddest thing might be that those whom I work with on a daily basis know almost nothing about me but some random stranger on the ‘nets has such complete access to whatever shit might be coming down in my life. I mean, shit happens and my natural reaction is to pull out the iPhone and start writing… er, venting. I can’t help the writing, but does anyone else need to be exposed to it and when does it become a relationship liability? Again, God knows my former love has sworn off ever venturing to the pages (but always seems to land here and catch my worse possible ramblings), and anyone even remotely thinking of hanging with me might well and wisely steer-clear rather than risk becoming part of my taudry and generally frustrated musings. For example last Saturday…

10/13/2007 8pm
Well so far I’ve pretty much failed on all accounts. I wanted to see you-know-who, spend a relatively quiet evening with her at her place. Her folks were coming over Sunday so I thought that I’d take the Saturday evening slot. I thought, foolishly, that there wouldn’t be too much traffic on a Saturday evening. Wrong.

I was making great time then ran headlong into completely stopped traffic because Knott’s Scary Nite took one lane. Then, someone in the fast lane was completely stopped, apparently stalled in the traffic. Then we stopped a third time near Tustin Ave. because a car had flipped over and was resting partly in the slow lane on its roof and a group of people were gathered near the on-ramp probably attending to the people who had been in the car. Scary and frustrating. Now I was running late.

Then when I got close to Corona, I called to find out what they wanted for dinner so that I could pick it up for them on my way. Alas, her littest couldn’t wait and had already eaten so my In-n-Out order was for one less. Ugh. While I was waiting in line I thought to tell the in-n-Out guy to bag my double-double with cheese separately from the double-meats for her & her son because her son is allergic to dairy. I was feeling pretty happy with myself for being so thoughtful. Alas, that moment was entirely crushed when I delivered the goods because I was supposed to get two double-meat PLAIN not just double-meat (her son can’t tolerate the thousand island dressing). Then I made the fatal error of asking if we could eat the food then get the correct burger for her son (’cause I knew that the fries were going to suck by the time I got back). She grabbed her purse and said that her son comes first and rushed out of the room. When I caught up to her to tell that i would go get the burger she repeated that her son comes first. Yeah, it was stupid of me to ask if we could eat first, but I didn’t need for her to yell at me for asking a stupid question. Strike Two.

So, whatever good feeling hoped for because I was doing them a favor was crushed as I returned to In-n-Out. Then I thought, ’cause I only had one item to order, that it might be faster to order from inside instead of waiting in the drive-up line. Wrong! (Strike Three). A group of three ladies at the head of the line took over ten-minutes to order what looked like enough food for a hungry village. I was getting mad at their inability to place a simple order until I remembered that I wouldn’t even have been there if I hadn’t f-ed up my earlier order. Shit. The whole order screw-up cost me over 30-minutes. When we finally sat down (her son got his burger and disappeared upstairs) you-know-who quipped that the fries were cold. Ack. 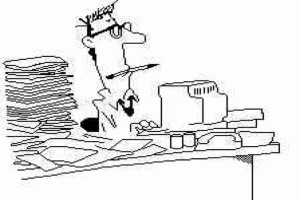 Thus the highlight of the night was giving the dog a long long walk. But when we got back and were sitting on the couch the ungrateful canine growled at me whenever I attempted to rest my hand on her leg. Yeah, not exactly feeling the love. So it only seemed entirely fitting that at the end of the evening she all but turned away when I went to kiss her good-night. Not that I was going for a major smutch, or that her youngest, who was too tired to walk upstairs to his bed and was laying on the couch in the den, could see us. I’m sure there’s probably something wrong with me that I’m bugged enough by this evening’s turn of events to be writing these words. I’m not feeling so positive about where this is going. This whole thing feels like an episode of “no good deed goes unpunished.” Fuck. Of course, how screwed up am I that I feel the need to put this shit in my blog? JBB