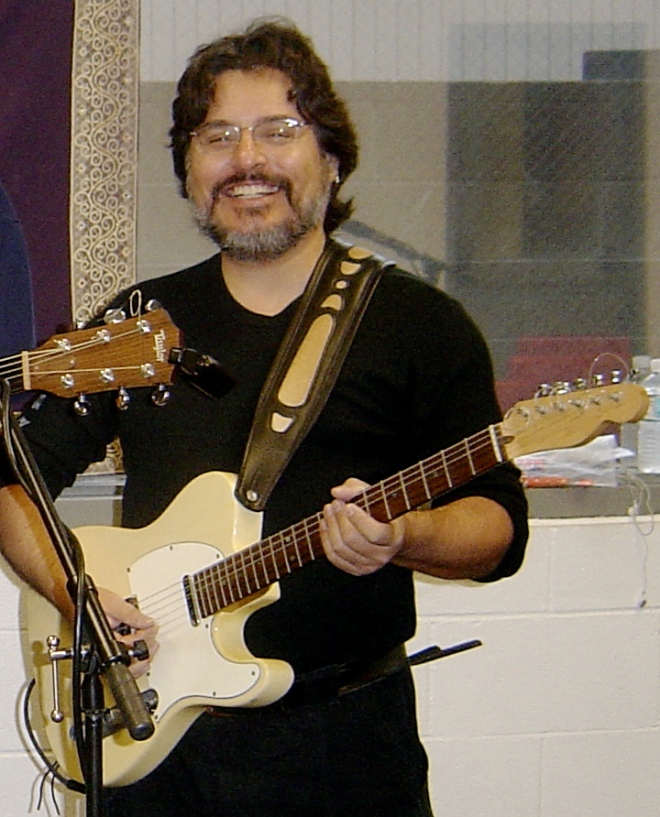 I’ve been wanting to write a column for my church’s website for some time… not so much a column as much as a “place” to share the songs that pop into my mind over the course of a week so that come Sunday the congregation has a heads-up on the stuff I’ve been listening to all week (which I’d probably use in the Sunday worship). This seemed especially helpful given that I tend to want to introduce new music pretty much every week. Well, the website is still mostly theoretical and my contributions to the worship set have been generally one or two songs a week. That is until this last Sunday when I became a worship team of one.

The worship leader, Ron, was on a camping trip this past weekend and the other guitarist/singer moved to the Pennsylvania back in July, so it was just little ol’ me this time. The week before we’d decided, because our church was frightfully approaching becoming “a church of one,” to put the chairs in a circle and do an “unplugged” worship set (no mics and no electric guitar). That went well, but we were still stuck with the “order of the service”: six songs, greet your neighbor, announcements, collect the offering, message/sermon, communion & song, and concluding prayer. As I noted in a previous observation on prayer, one cannot totally get away from structure, but it’s silly to be stuck with a structure that doesn’t serve the worship or promote the needs of those in attendance. So this past Sunday, I began by encouraging everyone to offer or request prayer between songs and that I didn’t want us to be slaves to the words on the screen (something I’d heard at the IHP conference). I also decided to bring both acoustic and electric guitars because some of the songs just sounded better with electric than acoustic.

I think the set went well, though one can’t have a more forgiving “audience” than a small group. I dropped one song from the list because the beginning wasn’t coming to me and flubbed another after playing through its chords all the way through twice (and this is after I’d played the songs for over six hours on Friday night, to the point where my fingers were still a bit sore on Sunday). That wasn’t so great but, like I said, they were so supportive. I felt really good that the music didn’t get in the way of worship and that there was a little more freedom for this little group to really give their all. I could hear a couple voices that I’d not heard that well before. That was very cool.

So what’s on my iPod? 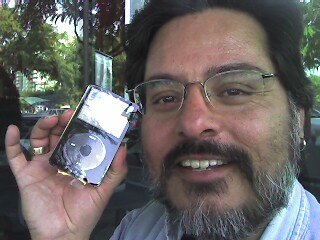 * “You Are God” from the ““Take My Life” (Scott Underwood) CD
* “Saving Grace” by Steve Jones from the “Saving Grace – Vineyard Club #57” CD
* “Above All” by Lenny LeBlanc from the“Iworship” (Worship) CD
* “All Hail Jesus” by James Hellings from the “Sweetly Broken – Vineyard Club #56” CD — this is the song I dropped (ack!)
* “Here I am to Worship” by Jonathan Noel from the “iWorship, Vol. 2” CD
* “There is None Like You” by Lenny LeBlanc from the “iWorship, Vol. 2” CD
* “Come and Follow Me” by Andy Park from the “In the Secret” CD
* “I Lift My Eyes” by Brian Doerksen from the “I Love Your Presence: Live from the UK”
CD

I wish that I could make these songs “clickable” so that anyone can listen to them. I doubt that Vineyard Music USA would think too kindly of that (even though I’m sure that anyone who would listen to the tracks would then be encouraged to by the whole CD… ). Maybe they’ll consider “licensing” the tracks to blogs and websites that are essentially promoting the music. Of course, the content of this blog wouldn’t probably hold up in terms of being representative of the Vineyard Movement because I’ve chosen to just be “out there” with my questions, observations and confessions. Damn. Onward and upward, I guess. I just know that I’m here because I couldn’t find anywhere else where i was so brought into the presence of God through music as I have been at my church. And so I continue to listen and play. JBB