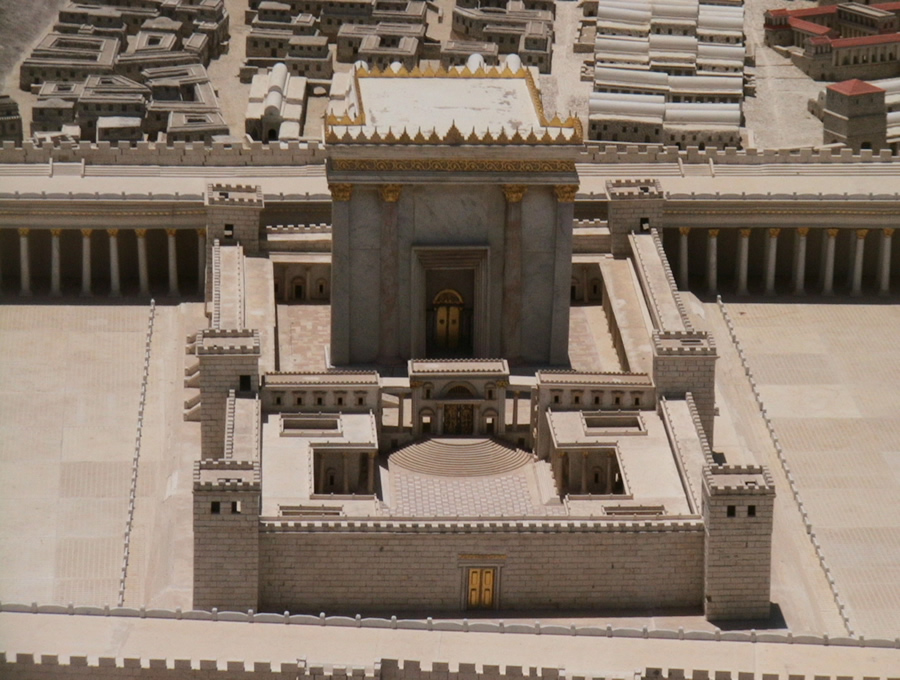 I have taken far too long before addressing these passages of scripture and spending time listening to Jesus’ Olivet Discourse. A lot of my own difficulties over the past months could have been less difficult had I stayed closer to the Word. A speaker this past week at the “In His Presence” conference referred to the Bible as his means of sifting through all the noise that comes to us in our lives. I needed to hear that. Besides, Dr. McGee’s “Thru the Bible Radio” is now beginning the book of Matthew and if he laps me, that’d be bad.

So the apostles were gawking at the impressive structures that made up the Temple complex and Jesus responded by telling them that the whole thing was going to be leveled in a judgment from God. Okay, that got their interest. They asked three questions: (1) when will this happen (the destruction of the temple, (2) what will be the sign of your coming, and (3) what will be the sign of the end of the age? (Matt. 24: 3) My first thought is whether these three questions are referring to one event (end of the age/destruction of the temple/Jesus’ return) or to three events. The second question, putting the question back into the context of the last weeks of Jesus’ ministry, why would the disciples be asking about when he would be coming back? I mean, he’s standing right there teaching them.

One train of thought might be that they are asking him, in essence, when are you going to come in power and establish your kingdom. When they heard about this destruction then the natural assumption might be that Jesus would then take his place as the political leader, being after the line of David. That makes sense, but my more literary/scholar self sees that these questions would be most applicable to Matthew’s readers 40-years after the events. This is not to say that Matthew was writing history as if it were prophecy but the disciples asking about Jesus’ return in the context of the destruction of the temple would be a screaming headline for those who were about to, or had just witnessed the temple’s destruction at the hands of the Roman General Titus. In which case, the warnings to flee when they saw the temple’s Holy of Holies desecrated, warnings that according to Josephus, were followed by the Christians, very much ties these passages to the events of 70AD. (Matt. 24: 15-22; Dan. 9:27)

But clearly Jesus didn’t return, and the end of the age in the sense of either God establishing his Kingdom (politically as well as spiritually) or the final judgment did not happen. So, what does this mean? The words, the warnings were instrumental in the survival of the church when Jerusalem and the temple were destroyed, so there is a historical context that has happened. But the teaching or warning about how people will act in times of destress (judgment) still applies. And if anything Jesus makes it pretty clear that his coming will be very much unlike his ministry at the time in that it will be universally observed and obvious to the whole world (not in the desert and not in the inner room). (Matt. 24:26-28) Oh yeah, before the coming things are not going to get better for you Christians, but they are going to get worse, to the point where Christian will turn on Christian (hmmm, that hasn’t happened before…).

Then Jesus warned the disciples to be diligent and observant for his coming and to not be caught unawares. He mentioned the days of Noah and how people carried on with life right up to the moment the flood hit, not unlike our own experiences with natural catastrophes over this past year (Hurricane Katrina’s destruction of New Orleans, for example). Of course, in his example the one “taken” is the one lost to the flood, which has somehow, in current Christian theology, been changed to mean that the ones “taken” are the ones saved by God from the tribulation before the End of the Age. How does that work? I know Paul refers to “meeting the Lord in the air” (1Th. 4:17) but I’m not sure if stretching these verses in Matthew to fit the scenario gets in the way of Jesus’ point, that we need to be ready.

Also problematic is this business that when Jesus said, “I tell you the truth, this generation will certainly not pass away until all these things have happened.” (Matt. 24: 34). Clearly Jesus’ contemporaries (or Matthew’s or even those who witnessed the destruction of the temple) have passed away. So what does this mean? I don’t know that I can answer that one. That he would spend so much time making it clear that no one (not even the Son) knows when he’s to return, that we’re to be diligent (the homeowner against the thief, the servant at the master’s arrival, and in the next chapter the 10 virgins and the bridegroom), but then to say that this would “all” happen before this generation passed away? That’s a problem.

I remember in the ‘70s that we were thinking that this meant the generation that saw the re-establishment of the nation of Israel and so we all expected His return to be some 48-years (a typical generation…. I don’t know who came up with that number) after the Jewish state came back into existence (1948 plus 48 = 1996), so this was supposed to happen some time before 1996. Oops. I guess the Calvary Chapel followers now know what the Millerites and Jehovah’s Witnesses went through when their “set” dates came and went. I want God to establish His Kingdom. I want to see the beatitudes in the opening chapters of Matthew fulfilled and the prophecies of Isaiah about the Kingdom come to pass. But the truth of the matter is that, as a 48-year-old, the end of my “age,” my personal experience is very real and very imminent. Rapture, no rapture, pre-milenial, post-milenial, it doesn’t really matter because my time will come just as assuredly as the sun will rise in the morning. And whether I believe in any of this or protest like Homer Simpson that I don’t even know this “Jebus,” my time will come to an end and what will matter most will be how I lived the days that were given to me and whether I left the place in a better condition or worse