Begun on April 16 9:53PM
Taco Beach. Escape meal after late afternoon workout (Spring Week Friday…. trying to completive when I’d rather be “busy” ack!) … Lots on my mind, but I have some unfinished business to attend to. In my last journal entry I alluded to M’s metaphor without telling the whole story. That’s so typical of me.

Over a week ago M emailed me saying that there was a lot on her mind and she felt the need for us to get together and talk. Ah oh. She immediately added that she promises that it’s nothing bad (like the last time she insisted that we needed to talk). In that I’d told her about my desire to be “available” for my love’s birthday (which conflicted with a worship night that M and I had planned) I wasn’t entirely sure that I was going to escape our “conversation” unscathed. 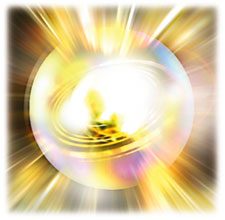 It’s amazing how long it takes me to come back to whatever I’m writing . Ugh. So…. Where was I? I ended up having a good week the week M suggested we get together to talk (after all I did get a chance to spend some time with J for her birthday after 4 months of being apart). So I thought M and I should meet the Saturday (4/10) at Yankee Doodles for a few beers and to play some pool.

She was true to her word and things didn’t go “badly.” Actually things were very casual and friendly and I’d all but forgot that there was a reason she wanted to talk. About midway through my pitcher of MGD she started to tell me that I’d been heavily on her mind all week and she felt strongly compelled to pray for me though she really didn’t know why.
Then she told me that the Lord had given her a dream (or vision.. I really don’t remember which). So in her story (dream/vision/whatever….) there is this little girl and one day the little girl’s mom gives her a faux-pearl necklace. The little girl absolutely loves the necklace and wears it every day and everywhere. After a while the necklace was beginning to show its wear-and-tear. So one night as the little girl was getting ready for bed her father came to her and asked her if she would give her pearls to him because he wanted to do something for her. She told him no because she loves her pearls so much she can’t give them to him. He asked her , “Don’t you trust me?”

Finally one night the little girl hands the pearls to her father saying that there is nothing that she loves more than her pearls but no one that she trusts more than him. He kisses her and tucks her in and takes the pearls with him when he leaves the room.

The next morning she wakes to find a gift box waiting for her with an attached note. The note read: “To my loving daughter, I wanted you to have the best that I can give you. Thank you for trusting me, love, your father.” Inside the little box was the most perfect pearl necklace she’d ever imagined. She suddenly realized that he never intended to take what she loved from her, but wanted to give her something even better.

By this time, as M is telling me this story, tears are rolling down my cheeks and for the first time in a long time it seems like someone understands my struggle. As I previously mentioned, all the previous metaphors didn’t properly acknowledge that the reason for my tenacity with my love is because I really truly love her and that this prevents me from “walking away” or in some way changing course and unacknowleding this love. This one begins with my love for her and how deeply into my soul this has grown. The problem then is to find a way to trust God more with this precious love. Needless to say, it doesn’t take away the sting of our separation but it does cast things in an “understandable” light.

It was the most amazing time, spending that evening with M. She said that she now believes that this love between my love and I is “doable,” if two people love one another the way we seem to. When I told this story to Brent he was amazed at how far M has come since our earlier conversations. I had to really agree.

As M talked about her own struggles and what the Lord seemed to be doing in her life she admitted that she was attracted to me. We both agreed, however, that she deserves to have someone love her for who she is and not because she happens to be available. She teared up when she confessed her hope that God has someone who will love her the way I clearly love J. We had the most amazing time sharing. JBB

p.s., So, when I told J the story she said that she’d heard it before and that I’d been fooled. Ain’t love grand. Ack.